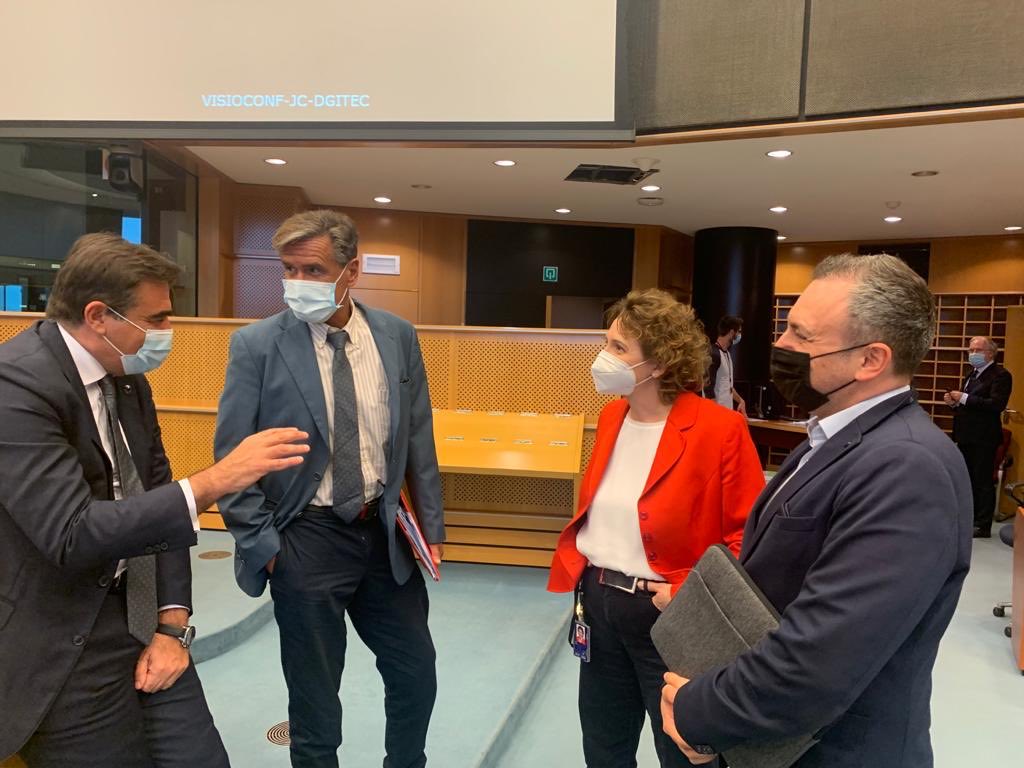 Nicola Beer, Vice-President of the European Parliament and WGAS Chair: “The Corona crisis is fuelling antisemitism across Europe. Fake news, targeted false reports and hate speech are booming during the crisis. Now, we are taking the fight against Antisemitism to the next level in Europe”

We welcome the initiative of European Commission Vice-President Margaritis Schinas for a Strategy on combating antisemitism and fostering Jewish life in the EU:

Margaritis Schinas, European Commission Vice-President for Promoting our European Way of Life:  “This autumn we will present the first-ever EU strategy on combating antisemitism and fostering Jewish life. We want an ambitious and operational framework, bringing together EU and Member States’ efforts to fight this centuries-old hatred.  Europe must remain a place where Jewish people feel free and safe to lead their lives and practice their religious traditions like every other member of our society. A place where they see a future for their youth. We are working hand-in-hand with the European Parliament to bring this strategy closer to citizens. This is not a concern only for Jewish communities but  for our core values and our European way of life as a whole.“

Dr. Othmar Karas, Vice-President of the European Parliament and WGAS Vice-Chair underlines: “The idea of Europe is our common response to antisemitism, nationalism, totalitarianism and war. The vibrant European, liberal democracy is our answer to the antisemitism of our time.”

Accordingly, the Working group against Antisemitism urges implementation, as WGAS-Vice-Chair Juan Fernando López Aguilar MEP highlights: “Enforcing EU Values against Antisemitism and all prejudice, discrimination or hate speech or crime, takes a comprehensive first EU Strategy, but also full implementation of its Pillars, including Law Making, both at EU and Member States level!

WGAS member Sergey Lagodinsky MEP calls furthermore for the creation of a new monitoring body: “A strategy lives from its implementation. Thus it is important to invest into an agency monitoring not only antisemitic incidents, but also political willingness of Member States to follow through and implement what has been agreed on as part of the strategy.”

Antisemitic stereotypes are on the rise, prejudices and hostility are not only spread in the Internet during the global crisis, but they are also visible in the public sphere. Even more, remembering together is our every day duty.

Dietmar Köster MEP, WGAS-member: “We need specific measures for the remembrance of survivors of the Shoah like Esther Bejarano, who died last weekend. She dedicated her whole life to share her dreadful experiences about the atrocities in Auschwitz with so many people. This would be an important contribution in our fight against Antisemitism

The extensive participation and integration of key interest groups in the development of the Commission strategy is already a success. In addition to numerous national Jewish organizations and umbrella organizations, UNESCO, the UN and the International Holocaust Remembrance Alliance (IHRA) have been closely involved in the roadmap against antisemitism.

WGAS-Member David Lega MEP:“I welcome that the upcoming European Commission strategy will focus on both combatting antisemitism and fostering Jewish life. Emphasizing this connection is extremely important for the strategy to be effective. At the same time, the strategy should highlight the many initiatives currently in place in the Member states and facilitate the exchange of best practices.”

In addition to the essential fight against antisemitism across all political areas, we must continue to work more intensively on increasing awareness in order to recognize and eradicate camouflaged antisemitism as such.

Brando Benifei MEP, WGAS-Member: “Fighting antisemitism online and in the field of new technologies, such as AI, must be at the forefront, that’s the new frontier against hatred”

Overall, it is of immense importance that the IHRA’s definition of antisemitism continues to establish itself intensively in the member states – at all levels. This also lists manifestations of antisemitism hidden behind criticism of Israel and covers allegations of Jewish conspiracies. Nicola Beer, Chair of WGAS group: “The standard use of this IHRA definition of antisemitism would efficiently tackle the problem of the lack of uniformity in the fight against antisemitism in the member states. Currently, the IHRA definition is not the basis in all EU countries. The EU must oppose this resolutely and campaign for a broad establishment in its roadmap for the Communication presented today.”