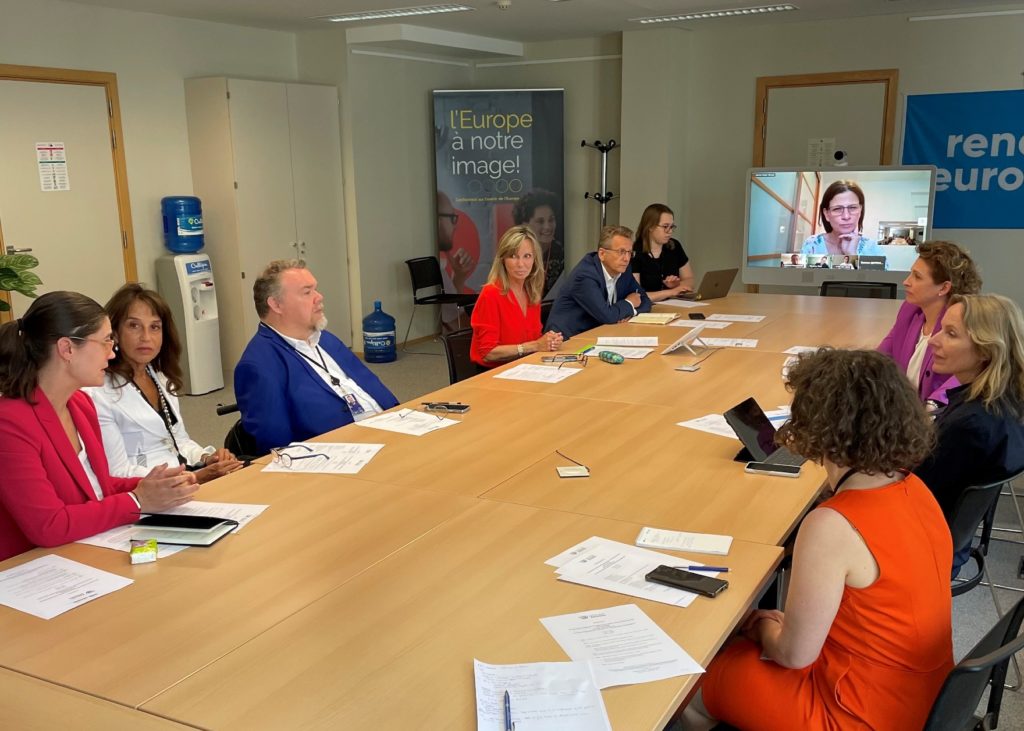 (Brussels, 15 June 2022) The European Parliament Working Group against Antisemitism (WGAS) and the Inter-Parliamentary Task Force to Combat Online Antisemitism held a joint briefing with Clara Dutoit-Sommier from YouTube Government Affairs and Public Policy team and Eliyahou Roth, CEO at Online Antisemitism Task Force, to discuss the current state of play of antisemitism in the digital space and efforts by YouTube in countering hate speech online.

They were joined remotely by MP Anthony Housefather (Canada), Alex Sobel MP (UK) and Former MK Michal Cotler-Wunsh (Israel). The briefing took place in the scope of the continued cooperation between WGAS and the Inter-Parliamentary Task Force to Combat Online Antisemitism, a cross-party group of lawmakers from Israel, the US, Canada, Australia, and the UK.

Frédérique Ries MEP welcomed the briefing that sought to advance the dialogue between policy makers, experts and IT companies and to raise the awareness of all stakeholders of the key areas of concern with regard to antisemitism online in order to step up the ongoing efforts and to contribute to a safer internet experience for all users.

Michal Cotler-Wunsh emphasised the transnational character of online antisemitism and called for the transparency of platforms in policy and its implementation as well as in definitions used.

Nicola Beer MEP called for the widespread use of the IHRA working definition of antisemitism in the training of both human and machine moderators on the platforms, with the definition being a universal resource to identify incidents both online and offline.

David Lega MEP stressed the importance of offering a greater level of granularity in reporting the harmful content to allow differentiation of types of hate speech (racism, antisemitism, hatred against women etc).

European Jewish Congress CEO and Executive Vice-President Raya Kalenova welcomed the dialogue between legislators and IT companies and insisted on the importance of addressing the spread of antisemitic conspiracy myths, which even when not necessarily illegal, are always harmful.

This was the second joint meeting in the framework of the cooperation between WGAS and the Inter-Parliamentary Task Force to Combat Online Antisemitism.