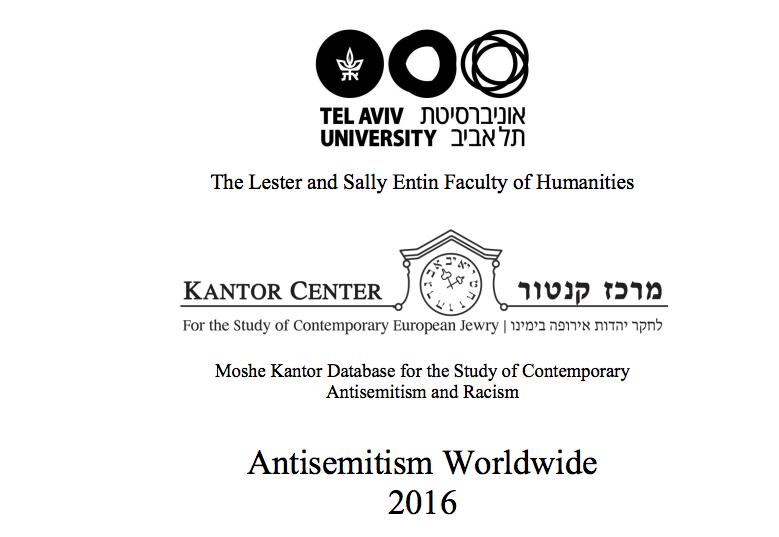 May 3, 2017External ReportNo commentsSecretariat
by Kantor Centre for the Study of Contemporary European Jewry at Tel Aviv University

The report revealed that in 2016 the number of antisemitic violent incidents dropped by 12%, from 410 in 2015 to 361. The decrease was largely attributed to increased security measures for Jewish communities and to the fact that more Jews avoid appearing in public spaces with identifying attributes such as Kippah and a Star of David. This is especially the case in France, where the Minister of the Interior announced a 61% decrease in all form of antisemitism, and Belgium, where the Government’s financial support for the security of its Jewish Community has been boosted.  Nevertheless, the motivation has not dropped as witnessed by an increase in attacks on less protected arenas like university campuses and cemeteries as well as online hate speech. 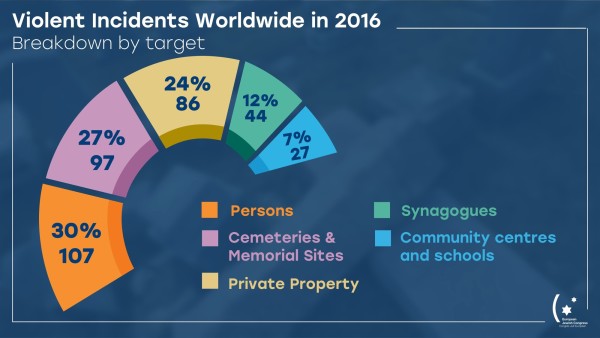 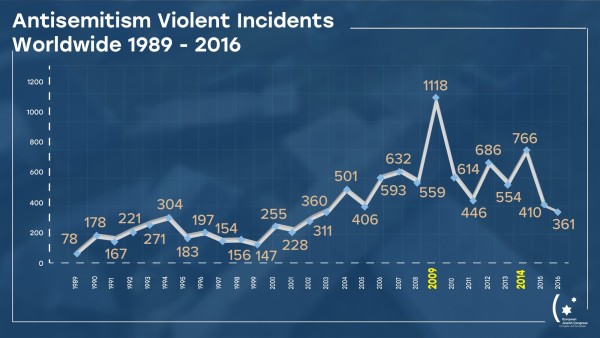