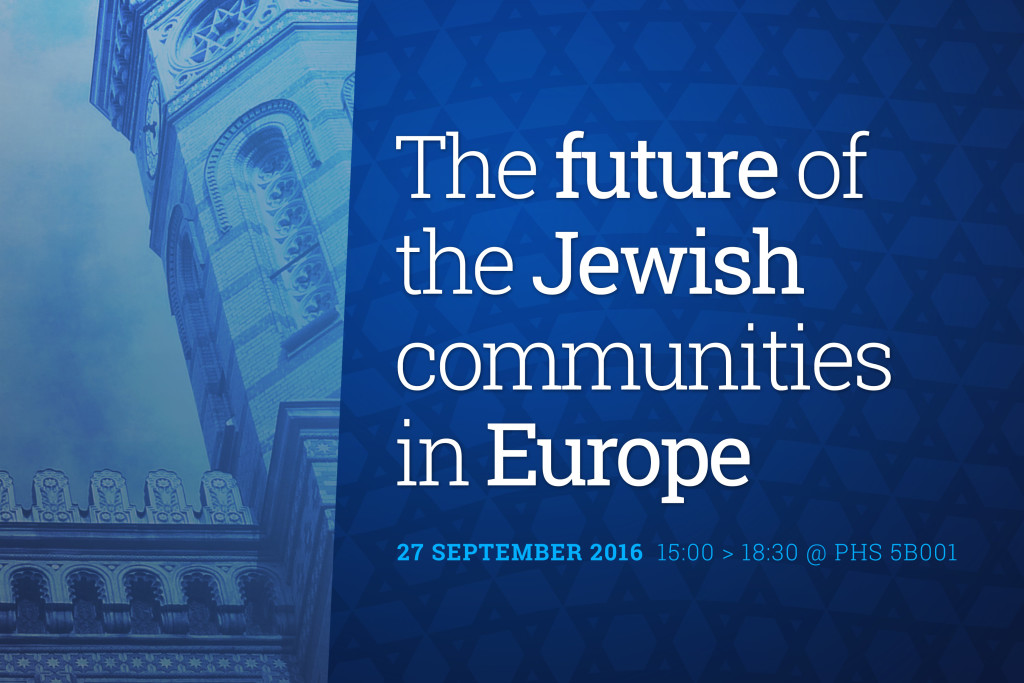 Between hope and fear: the future of Jewish communities in Europe

Anti-Semitism continues to be a problem in Europe with every fifth Jew having experienced verbal or physical violence. On 27 September MEPs and representatives from Jewish communities gathered in the European Parliament to debate anti-Semitism and the future of Jews in Europe. “Jewish friends and neighbours, we stand with you against those who spread hatred,” said Parliament President Martin Schulz. “Europe is not Europe without its Jews. Europe is your home!”

Opening the session Parliament Vice-President Antonio Tajani, an Italian member of the EPP group, said he was concerned about  the decline in the number of Jews in Europe: from two million in 1991 to 1.4 million in 2010. He also said he regretted the attacks they are subject to: “Jewish people should be able to live in peace in Europe, respected like anyone else. They should be able to display their faith, their identity, without being attacked.”

Fears for the future

Most of the participants were worried about the future of the Jewish communities in Europe. “Jews are confronted with insults, discrimination, and harassment, sometimes physical violence, sometimes they are murdered like in Paris, Brussels or Amsterdam,” said Francis Kalifat, President of the Conseil Représentatif des Institutions Juives de France and Vice-President of the European Jewish Congress.

Pinchas Goldschmidt, president of the European Rabbis Conference, identified two main threats: radical Islam and Islamic terrorism as well as the rise of extreme right in Europe. The majority of the Jewish participants at the conference also criticised calls to boycott products from Israel and said anti-Zionism was the new face of anti-Semitism.

“We make a great mistake if we think anti-Semitism is a threat only to Jews. It is a threat, first and foremost, to Europe and to the freedoms it took centuries to achieve,” said Lord Jonathan Sacks, the Chief Rabbi of the United Hebrew Congregations of the Commonwealth. “No society that has fostered anti-Semitism has ever sustained liberty or human rights or religious freedom. Every society driven by hate begins by seeking to destroy its enemies, but ends by destroying itself.”

Some of the participants cited reasons for cautious optimism.

“It is painful to hear that many Jews have the feeling that they can’t live any longer, or study, work, pray safely on European soil,” said Brussels Chief Rabbi Albert Guigui, adding, “[But] yes, there is a future for Jews in Europe.” The Brussels Chief Rabbi added: “Friendships between different religions are increasing and they are strong and solid.”

French philosopher Bernard-Henri Levy agreed: “I don’t think the situation is as dramatic and tragic as some people make it out to be. “In 1930 the Jews were alone,” he said, “Today Jews do have allies.” Levy added: “I don’t know of any European county or institutions which display institutional anti-Semitism.”

Participants called for more investment in education, law enforcement, cooperation between EU countries on antiterrorism and the creation of a watchdog for anti-Semitism. Benni Fischer, president of the European Union of Jewish Students, and MEP Cecilia Wikström, a Swedish member of the ALDE group, also called for more women and young people to be involved when debating the future of the Jewish communities in Europe.

Juan Fernando López Aguilar, a Spanish member of the S&D group, saw a clear role for the European Parliament to play: “Members should be determined to engage in every possible way, communicating, education but also by legislating.”

President Schulz added: “If we do not want Europe to destroy itself, then we all need to stand together, politicians and religious leaders. If we win the fight for the hearts of our citizens, if we succeed in pushing back hate, then we still have a chance in saving the soul of Europe.”