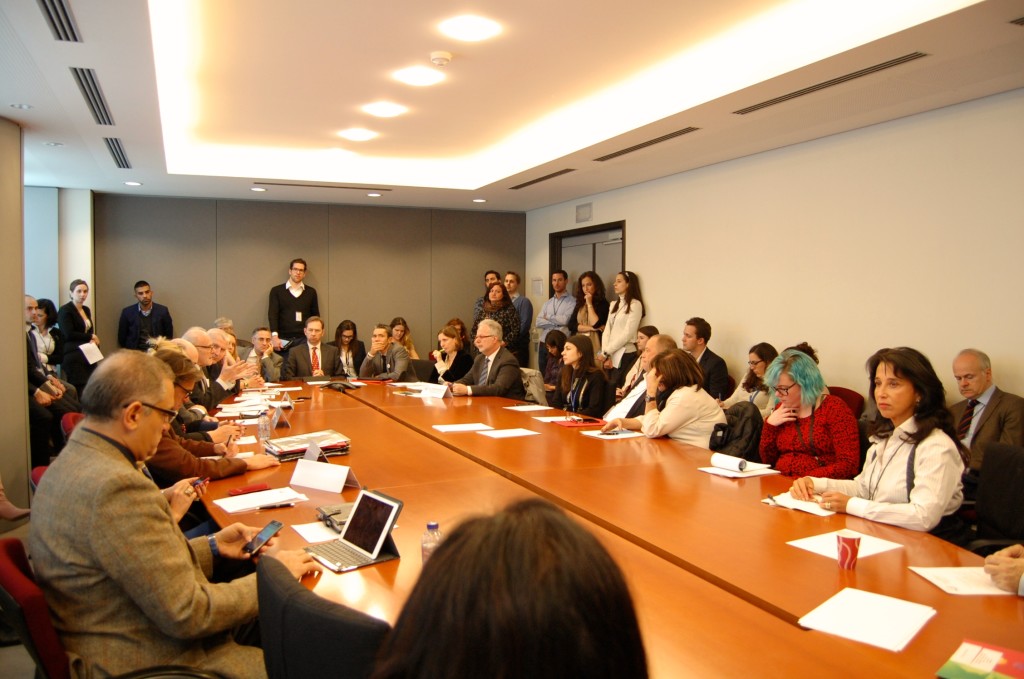 The meeting was attended by around 25 cross-party MEP’s from 16 different European member states. High-profile expert speakers were invited to take the floor including: Paul Nemitz, Director for Fundamental Rights and Justice at the European Commission, Ioannis Dimitrakopoulos, Head of Equality and Citizen Rights’ Department at the European Union Agency for Fundamental Rights, and Baron Julien Klener, President of the Consistoire Central Israélite de Belgique.

Baron Klener, opened the meeting by presenting his personal experience and academic knowledge in this area, which truly touched all those present. He personified the disappointment and fear felt by Jewish communities today, only 70 years after the liberation from Nazism

An incidents report was distributed in which the darkening times and real threats posed to Jewish communities across Europe was very clearly demonstrated. The Chairman accentuated the rate at which Antisemitism is growing across Europe and questioned how many more deaths ought to be suffered in order for this issue to be addressed appropriately. “This phenomenon must be considered within its own right and without being bracketed under several other phobias and other types of discrimination,” the chairman said.

Director Paul Nemitz’s intervention confirmed that anti-Semitism is one of their top priorities and affirmed it is high time that EU mechanisms are adequately enforced and cultural/education programmes put in place so that Jews know that they do not stand alone in this fight.

The Chairman closed the meeting and called for urgent action points in terms of the EU definition on Antisemitism, effective measures to combat hate speech online and finally, the urgent need to address this phenomenon in a European Parliament hearing within its own